Doug Motel started exhibiting his paintings at age 12 (lying about his age in order to show his work) but stopped at 18 when he decided to focus on writing and acting. Known for his award-winning work in the theatre, Doug Motel has built a following in Los Angeles and New York for his solo plays where he plays all of the characters. All of his plays have the same theme: the power of a simple shift in perspective. In 2020 he returned full-time to his first love: painting.

Apprenticeship
As a teen, Doug attended vocational school majoring in commercial art. During 11th grade, his professor put his name forward as official illustrator for the county's consumer affairs department. He had his own office and a secretary, which gave him a false impression of what he was “sure” to lie ahead.

Organically Connecting with Collectors
For many years, Doug’s fine art output was strictly portraiture: realism rendered in fine pen & ink stippling technique. His portraits mainly were not for sale though people he knew in the world of theatre and filmmaking would sometimes commission him. Most of his portraits have been distributed as gifts. Music and film legend Barbra Streisand and songwriter Mary Gauthier are just some of the collectors of his earlier portrait work.

Discovering Inspiration
Known for his work in the theatre, Doug has built a following in Los Angeles and New York for his solo plays where he plays all of the characters. He has had a half dozen of these monologues produced and all have the same theme: the power of a simple shift in perspective.

The work he is doing now as a painter also encourages a new way of seeing. Exploring the genre of "non-objective abstracts," which enable the viewer to sidestep the rational "narrator mind" (which focuses on known objects: people, places, and things) and go directly to the emotional experience, has been just what the doctor ordered during chilling times of uncertainty. 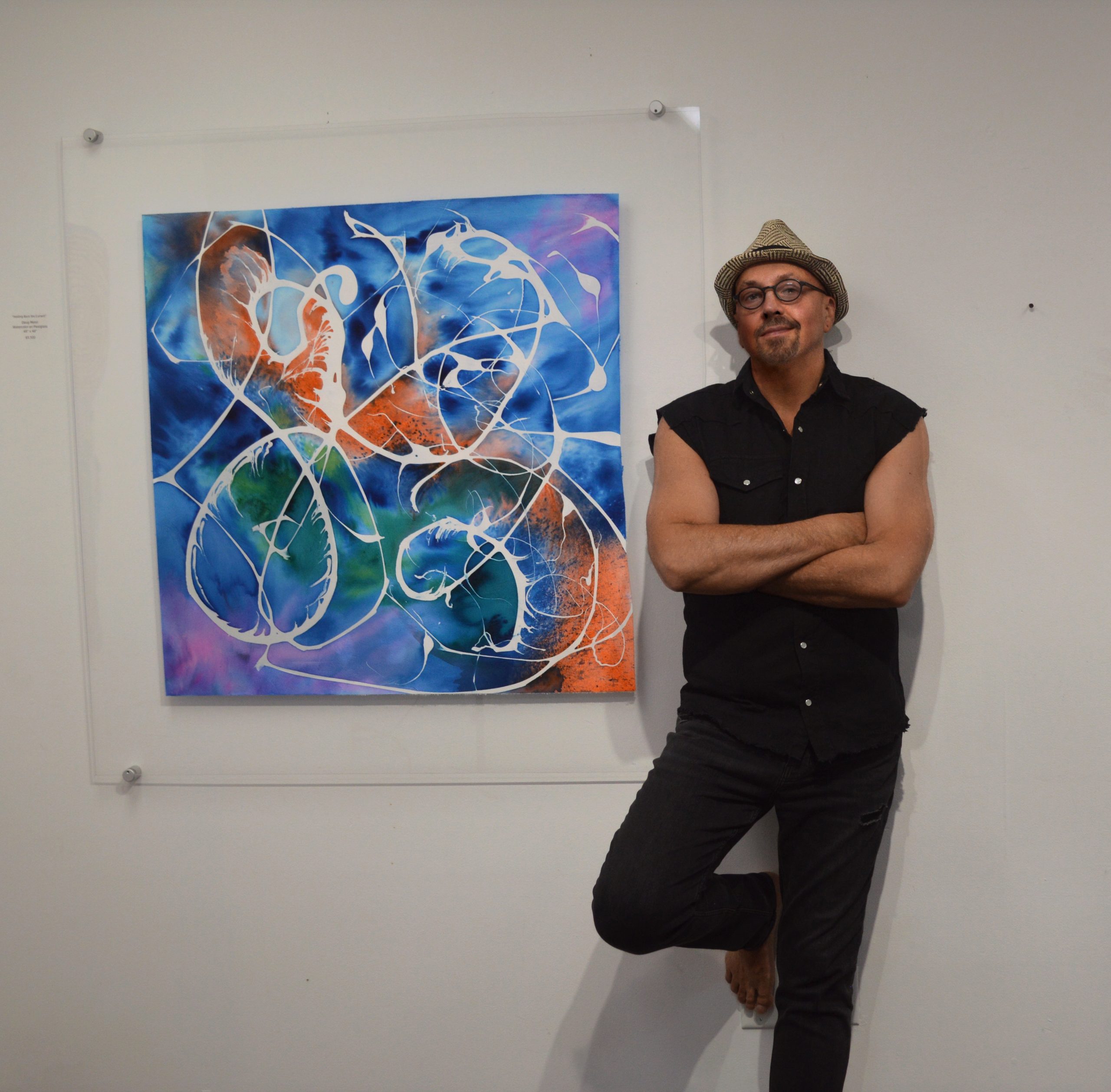 With this recent outpouring of abstract pieces from the "Remedy" series, some of the work has already found homes. Social media has allowed Doug to start crossing paths with people who have reached out to collect these blue and aqua “wall tonics”.

Beyond Life in Art
Another one of Doug’s passions is to support people in changing the story they tell themselves ABOUT themselves. He has been leading a personal growth workshop for more than 25 years. Using storytelling, writing, sharing, and mindfulness exercises, he shares tips and tools for turning off the mind chatter and turning our attention back to the present moment.

This work has been provided for people with life-threatening illnesses, people in drug and alcohol rehabilitation, social services staff across the country, in virtual workshops, live retreats in Hawaii, and even in podcast format.
Copyright © 2021 Doug Motel
Website Designed by Doug Motel